Whether you're a big fan of the show or simply want to bask in the glory of hilarious and oddly wholesome film, do yourself a favor and check out The Bob's Burgers Movie when it lands in cinemas this month.

In the world of animated shows for adults, Bob’s Burgers stands out as one of the most hilarious and oddly wholesome of the bunch. Similar to other sitcoms like American Dad, Family Guy, and Archer, Bob’s Burger’s successfully balances its quirky comedy with meaningful lessons and the occasional musical number. After some significant delays and potential cancellation, the feature-length film adaptation is finally ready to hit theaters.

Simply dubbed The Bob’s Burgers Movie, this goofy comedy is sure to provide more laughs for fans while potentially making a bigger mark on the cinematic world. As we prepare for this long-awaited release, let’s take a look at the world of Bob’s Burgers and see what kind of wackiness the movie might hold!

For those new to the Bob’s Burgers series, the show follows the Belcher family, who run a small burger restaurant in a nondescript, suburban seaside town. The family is composed of the always-annoyed father Bob (voiced by H. Jon Benjamin), supportive and loving mother Linda (voiced by John Roberts), along with three quirky children.

The oldest daughter Tina (voiced by Dan Mintz) constantly endures the woes of puberty, while her energetic younger siblings Gene (voiced by Eugene Mirman) and Louise (voiced by Kristen Schaal) generally cause havoc. More often than not, the Belchers must contend against every obstacle imaginable as they attempt to keep their precious burger hut open for business.


Although the show is currently in its twelfth season, the core concept remains entertaining and serves as the foundation for the movie. In the film, the Belchers anticipate the busy summer season until tragedy strikes, once again putting their burger shop in jeopardy. When a giant sinkhole appears right outside their restaurant doors, they must act fast if they want to keep the business afloat.

As Bob and Linda make the best of the situation and try to scrape up some cash by selling burgers at the nearby amusement park, the children embark on their own journey into the sinkhole, where the truth of their discoveries could save the day. The Bob’s Burgers Movie is being billed as a musical comedy, so fans should expect more impromptu song and dance, likely with Gene busting out some slick tunes.

On the surface, The Bob’s Burgers Movie might seem like your average animated flick, but in the world of animation, it’s much more than that. As CGI-animated films from studios like Pixar continue to rake in cash at the box office, the traditional art of hand animation is slowly being set aside. The Bob’s Burgers Movie has been created entirely from hand-drawn animation, taking a stand as one of the few of its kind.

As a property from Fox, Bob’s Burgers is only the second show to receive the movie treatment, with only The Simpsons also receiving the honor. Since the show is technically owned by Disney now, it also marks the studio’s first hand-drawn feature film since 2011. Only time will tell if The Bob’s Burgers Movie can bring back hand-drawn animation, but at the very least, it’s a move in the right direction.


The Long Road to Theaters

To some, The Bob’s Burgers Movie is just a simple cartoon flick that should be worth a trip to the theaters. However, for fans and the creators, it’s the realization of a project that has been in the works since 2017. Back then, the film was scheduled for a 2020 release, but issues with the pandemic delayed the film.

Then, when Disney made the big move to acquire Fox Studios, the project was lost in the shuffle. For a time, The Bob’s Burgers Movie completely disappeared from Disney’s release schedule, leading many fans to assume it had been canceled. Luckily, work continued despite the radio silence, with the original cast and creators fighting hard to get it finished.

After five years of delays and developments, The Bob’s Burgers Movie is set to finally hit theaters and we couldn’t be more excited. If series creator Lauren Bouchard is true to her word, the film should “scratch every itch the fans of the show have ever had”, bringing in classic supporting characters and offering a risque story filled with dark humor.

Whether you’re a big fan of the show or simply want to bask in the glory of hand-drawn animation for the first time this decade, do yourself a favor and check out The Bob’s Burgers Movie when it lands in cinemas on May 27, 2022. 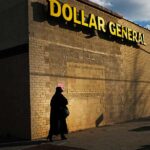 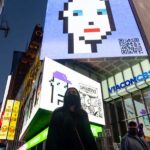